Huge numbers of Lesser Whistling Duck on the patch/over this patch this morning with a minimum of at least 2000 present, among them a Garganey was a good local patch bird and was only the third I have recorded here.
A brood of newly hatch Little Grebe on one of the fish ponds was a bit of a surprise, along with three Cotton Pgymy Geese.  Lots of Kingfishers around this morning with 12 Common, 5 White-throated, 3 Black-capped and two Stork-billed. 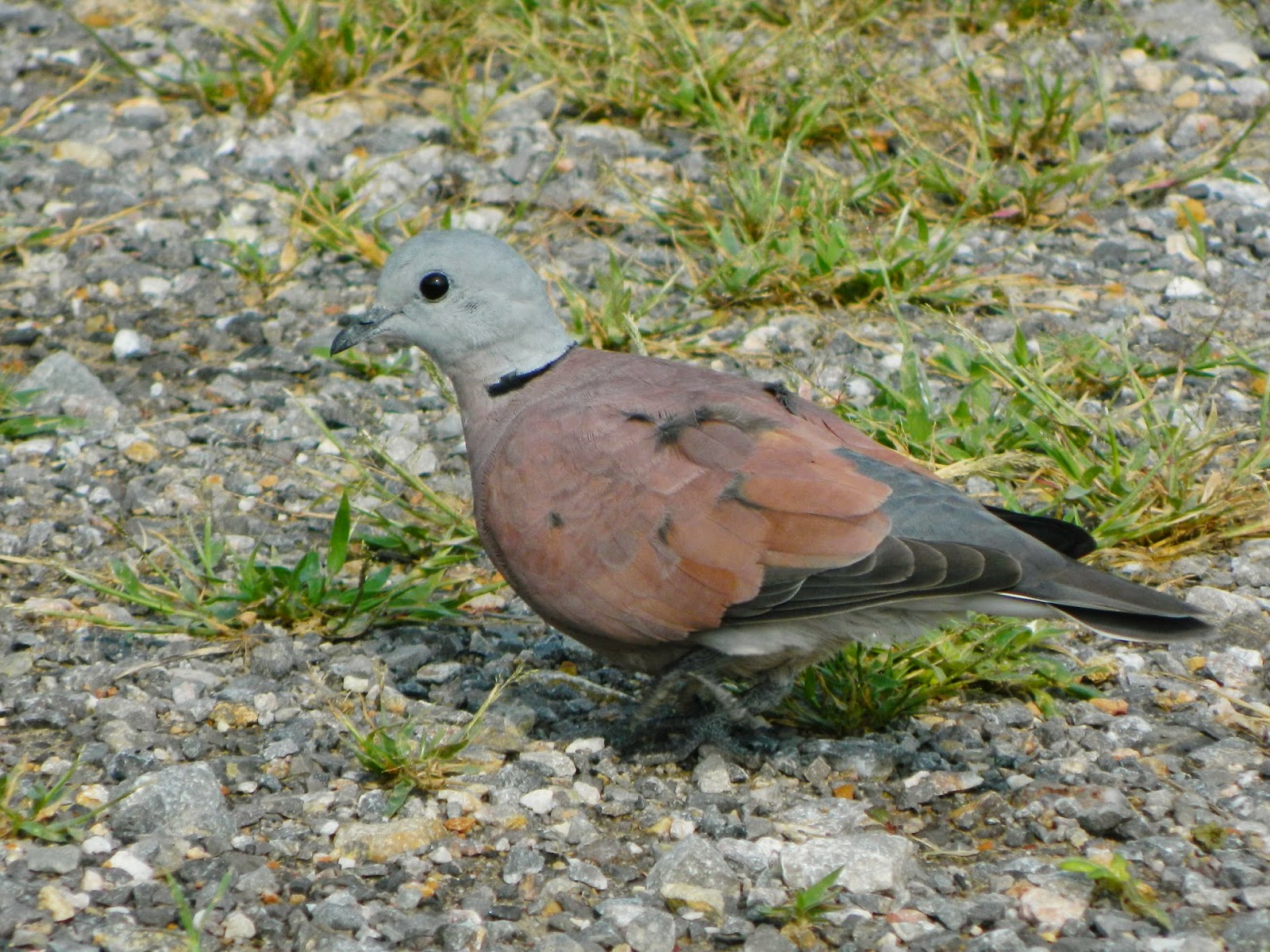 Common residents especially evident this morning included at least a 300 Red-collared Dove and good numbers of mynas.
Posted by Neil Lawton at 3:53 AM No comments:

Grey-headed Lapwing and lots of rain

This mornings walk cut short due to torrential rain, did manage to see a flock of 26 Grey-headed Lapwing fly over, a couple of Taiga Flycatcher and a Black-naped Oriole before heading back.

Asian Brown Flycatcher and a Two-barred Warbler in scrub by the house later.

Ashy Minivet again featured strongly around the patch this morning, three or four mobile flocks totaling around 70 birds present, with others heard but not seen. Two Kestrels were new and there was noticeable increase in wintering warblers with 25 Oriental Reed, 14 Dusky , 10 Black-browed Reed, 8 Yellow-browed, 4 Pallas's Grasshopper, 3 Lanceolated, 2 Two-barred and a Thick-billed Warbler. 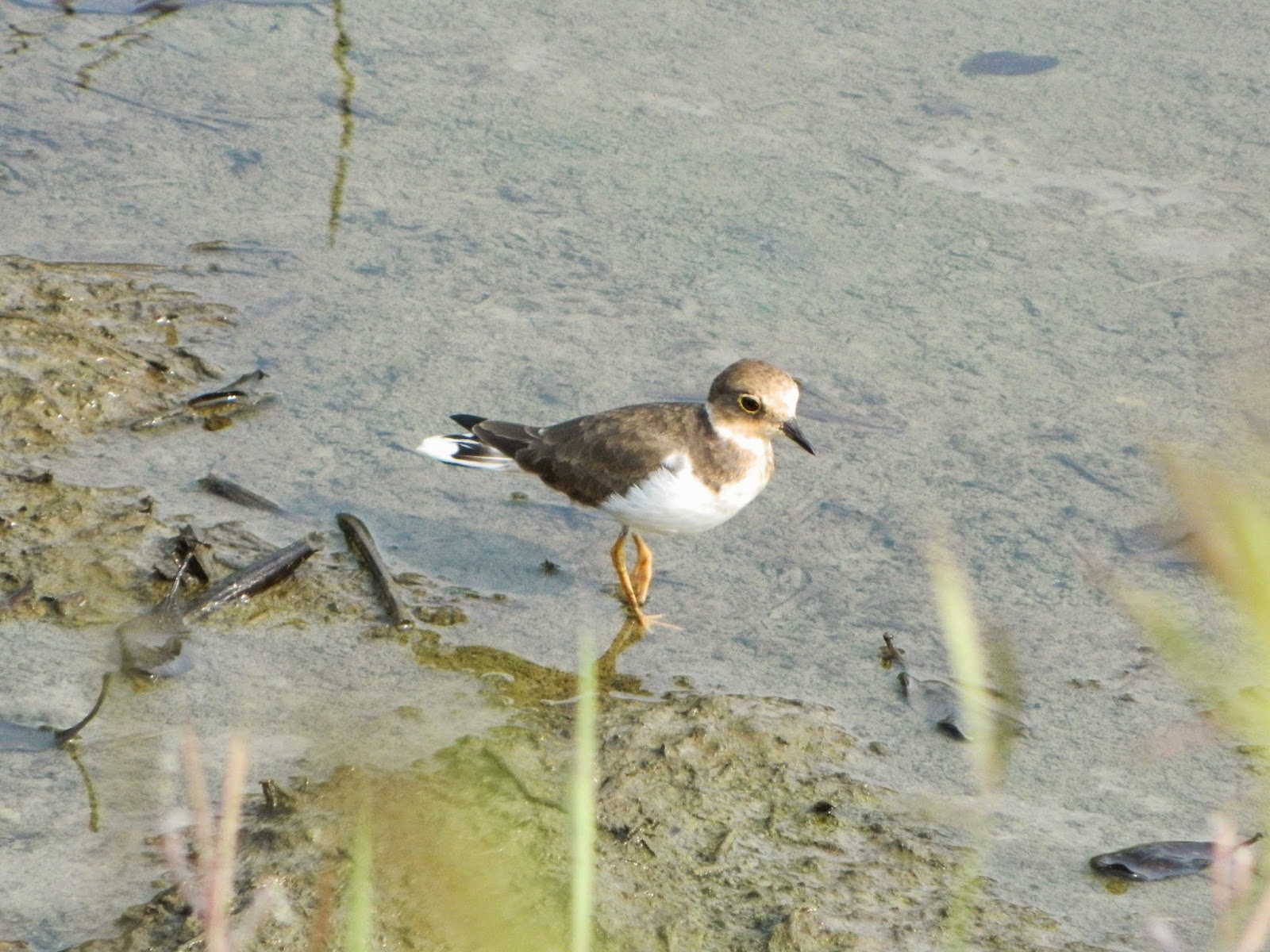 Two Black Bitterns may be the last until the spring, whilst numbers of Oriental Pratincole also probably falling with just four recorded during the morning. Other species present included a Freckled-breasted Woodpecker, 2 Ruddy-breasted Crake, 3 Bhraminy Kite, Brown-throated Sunbird and a Red Avadavat.
Posted by Neil Lawton at 5:57 AM No comments:

Waders were fewer in this drier area, but did include a fly over flock of 19 Grey-headed Lapwing, 6 Painted Snipe and 3 Pintail Snipe. Also recorded during the morning were the usual two Freckled-breasted Woodpecker, c75 Blue-tailed Bee-eater, 2 Bhraminy Kite, 4 Yellow-vented Bulbul and a flock of at least 30 Plain-backed Sparrow.

Just as I was heading home a very high flock of raptors slowly headed south and consisted of 14 Black Baza, 11 Grey-faced Buzzard, 3 Oriental Honey Buzzard and two unidentified accipters.
Posted by Neil Lawton at 8:47 AM No comments: 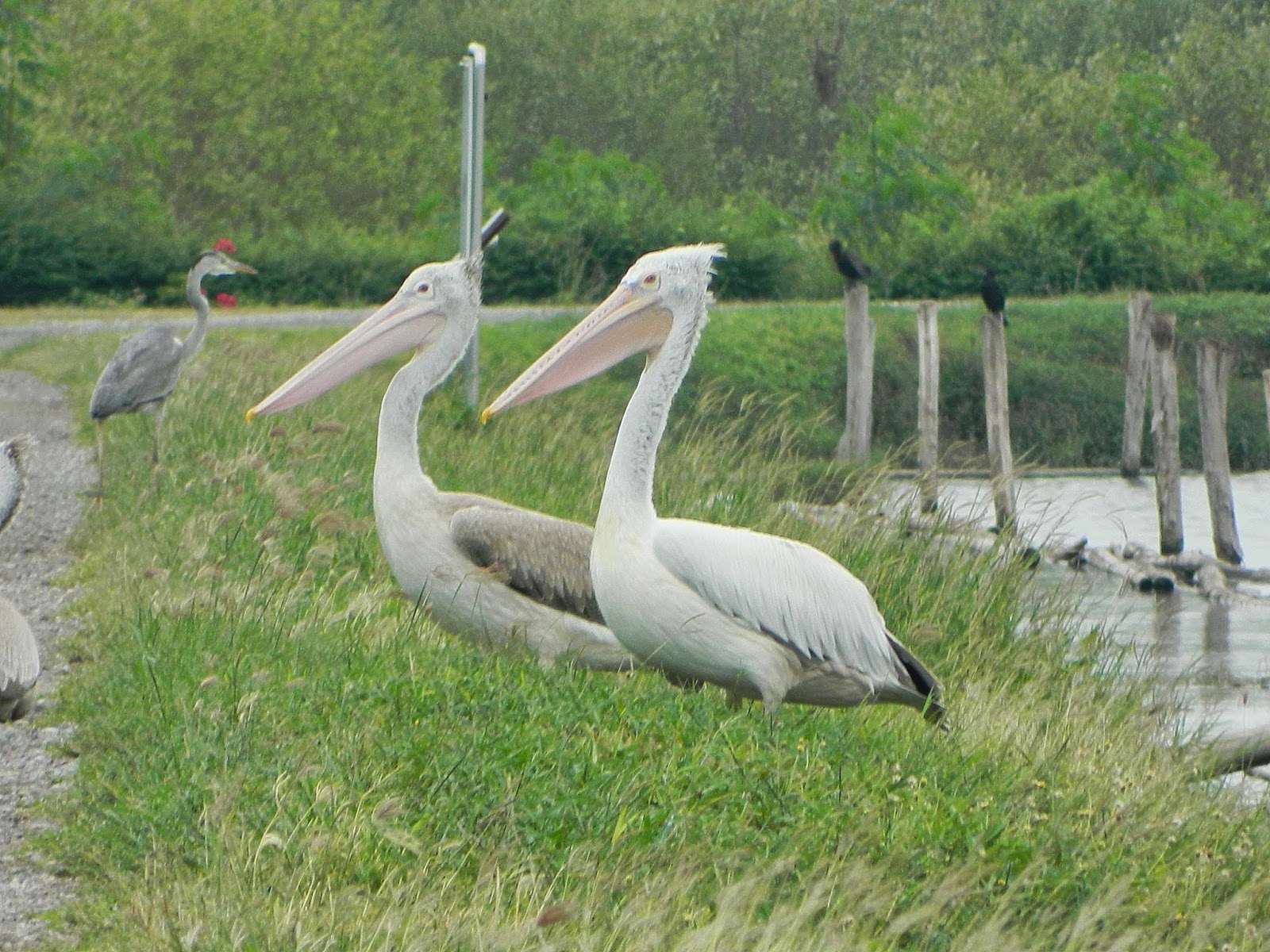 Have just spent a couple of nights on the coast at Leam Pak Bia/Pak Thale, as always lots of birds. Highlights included 17 Spot-billed Pelican and up to 53 Painted Stork at the research project at LPB and a further 11 at Pak Thale. 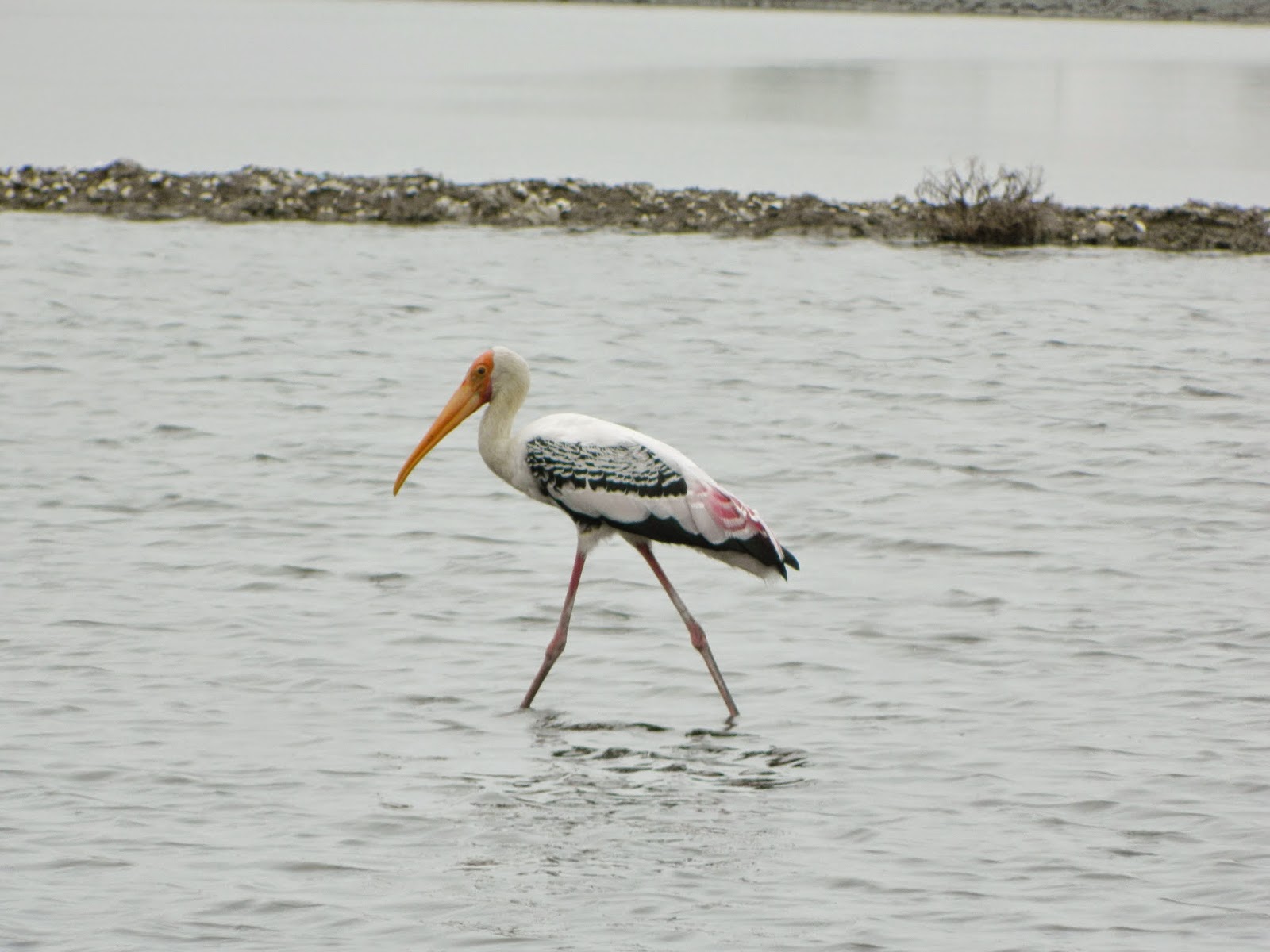 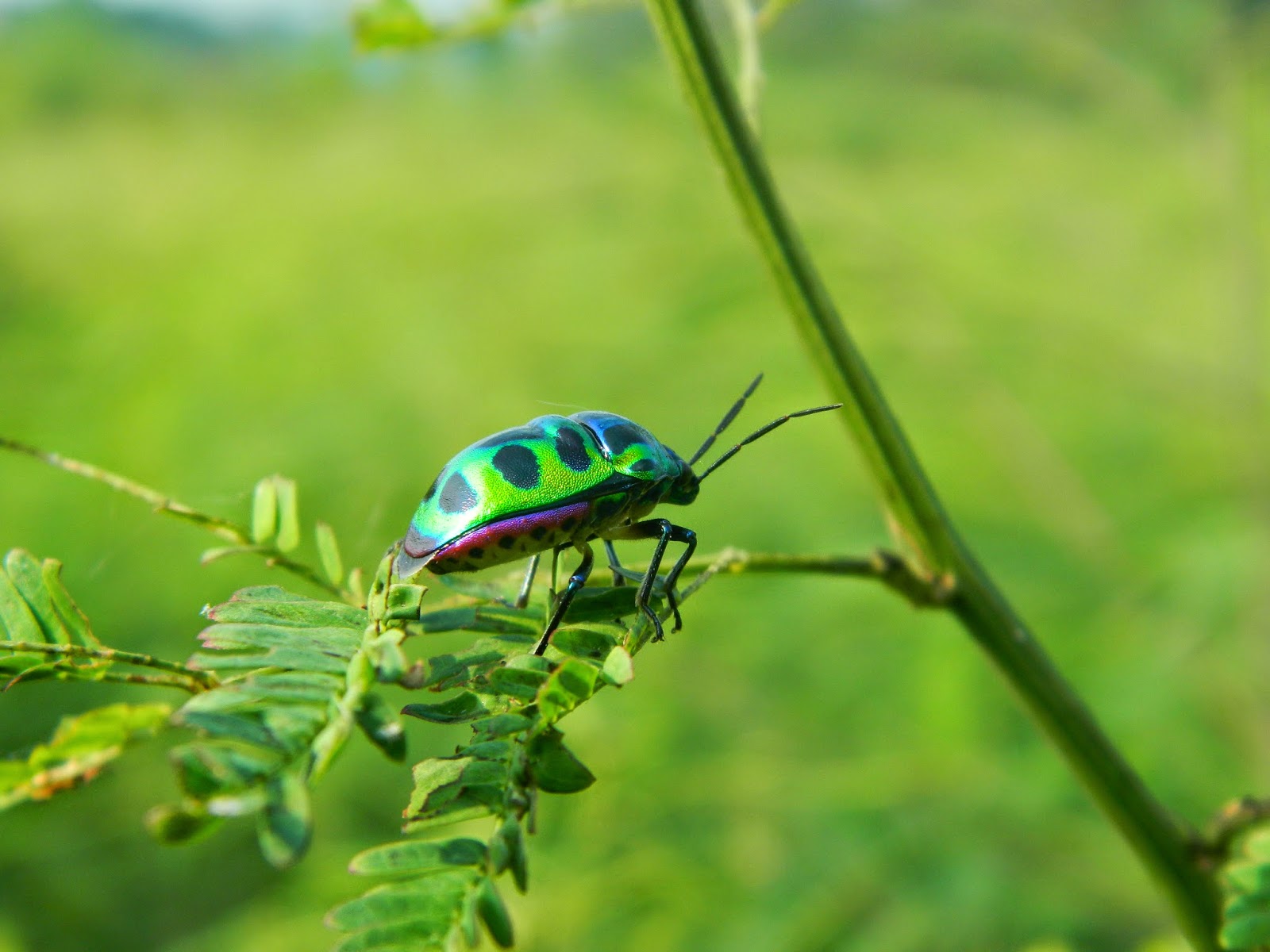 Quite a few new migrants on the patch, Ashy Minivet were especially evident with at least three flocks totaling 87 birds noted, two of which seemed to depart south. Other new migrants included three Ashy Drongo  two of which were striking white-faced leucogenis birds and the other probably a standard mouhouti bird, two Spangled Drongo and a good influx of Taiga Flycatcher with at least ten scattered around the site, six Red-throated Pipit and a huge female Peregrine.

Following two days of rain, I finally managed a good walk around the patch this morning, as soon as I stepped out of the house it was clear that a few Yellow-browed Warbler had arrived, with two calling from scrub by the house and another four noted on the mornings walk, until today I had not so far recorded any locally this autumn.
Other new migrants/winter visitors since previous visits included 3 Black-naped Oriole and four Taiga Flycatcher. Numbers of other warblers are still low with 20 Oriental Reed Warbler, 4 Black-browed Reed Warbler and two Dusky Warbler, presumably many have yet to arrive. Other migrants/winter visitors included 5 Common Kingfisher, 11 Whiskered Tern, 27 Brown Shrike, 3 Asian Brown Flycatcher, 9 Eastern Stonechat, 2 Richard's Pipit and 4 Yellow Wagtail.


In addition to the usual Red-wattled Lapwing and Black-winged Stilts, there were many more waders than previous, including at least 500 Oriental Pratincole, 145 Wood Sandpiper, 17 Grey-headed Lapwing, 11 Little-ringed Plover, 3 Temminck's Stint and 2 Common Sandpiper. At least 29 Yellow Bittern were noted, more than normal and perhaps suggesting some passage through the site, along with single Black and Cinnamon Bittern, 12 Grey Heron, 5 Purple Heron and at least 55 Night Heron.
A single Cotton Pygmy Goose was noted among many Lesser Whistling Ducks and additional wetland birds included 2 Watercock, 3 Pheasant-tailed and two Bronze-winged Jacana, 5 Moorhen and 21 Little Grebe. 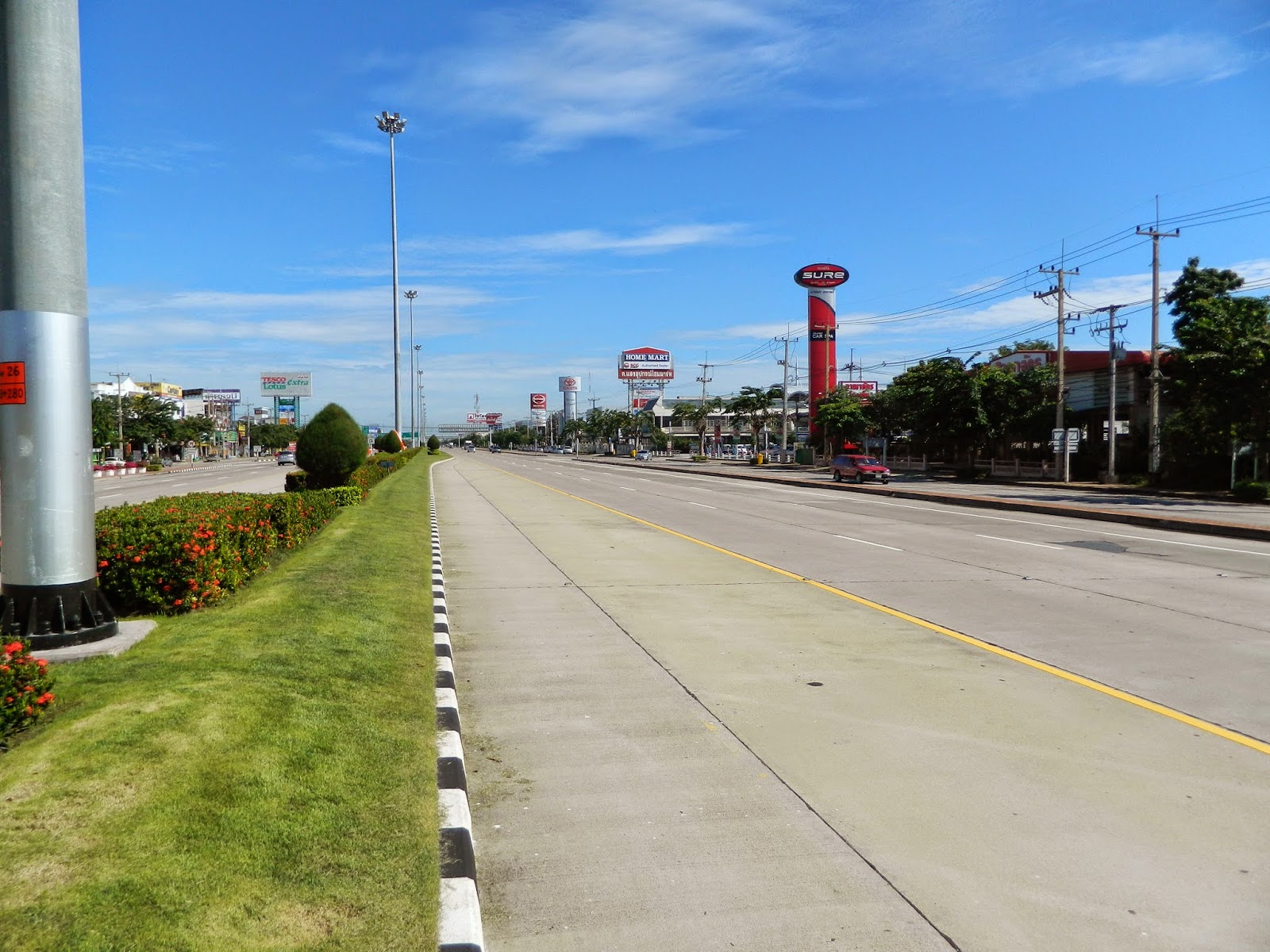 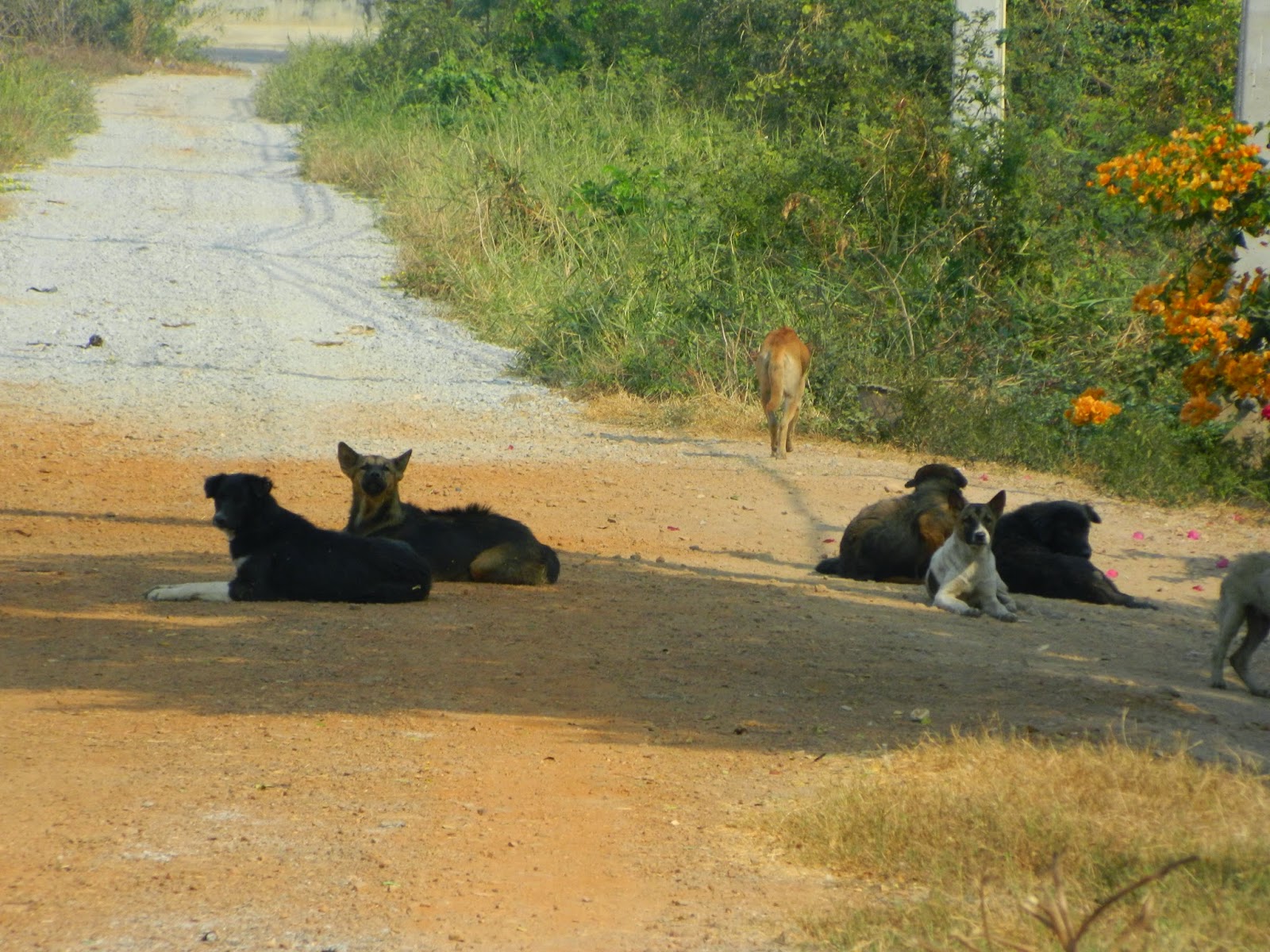 To get to the patch I first have to negotiate a 16 lane motorway and then get past a gang of a dozen noisy but mostly friendly dogs which guard the access onto the paddies.
Posted by Neil Lawton at 8:02 AM No comments:

Cuckoos, Ducks and a free lunch

Have just spent a couple of days at Beung Bhoraphet, Nakhon Sawan, an afternoon was spent birding around the waterbird park, followed by a three hour boat trip out onto the lake with Lung Phanom the following morning. It has been a poor wet season so far and water levels on the lake are very low and a boat is needed to get to any areas of open water. Construction work being carried out at the waterbird park during the early part of the year seems to been largely completed, apart from a new visitor center/restaurant being built opposite the parking lot. Vegetation around the waterbird park/nature trail seems to have largely grown back following dredging.


As usual there was plenty of birds at the waterbird park, include a scattering of migrants which included at least three Chestnut-winged Cuckoo, I spent sometime trying to get a decent photo, eventually getting one that was slightly better than previous ones but still fairly rubbish! Other migrants included 4 Common, 2 Black-capped and a Stork-billed Kingfisher, 30 Chestnut-headed Bee-eater, 4 White Wagtail, 2 Forest Wagtail, 3 Black-naped Oriole, 5 Dusky Warbler, a Two-barred Warbler, 4 Black-browed Reed Warbler, 10 Eastern Stonechat, 3 Asian Brown Flycatcher, 4 Taiga Flycatcher, 8 Brown Shrike, 27 White Shouldered and 15 Chestnut-tailed Starling.

The boat trip out onto to the lake, produced many thousands of Lesser Whistling Ducks, along with 2500 Garganey, 3 Eurasian Teal, a Pintail and a good scattering of Cotton Pygmy Geese. A couple  White-browed Crakes were seen briefly, with  the boat flushing many Pheasant-tailed Jacana including many still in breeding plumage, along with good numbers of Watercock, Purple Gallinule, Bronze-winged Jacana, Yellow and Cinnamon Bittern. Small number of Whiskered Tern fed over the lake along with thousands of Swallow, Sand Martin and a few Red-rumped Swallow. Up to four Eastern Marsh Harrier were constantly patrolling the lake along with three Black Kite and at least 150 Oriental Pratincole were high overhead.

Purple and Grey Herons were scattered all across the lake and on an island in the middle, several hundred Night Heron were present along with good numbers of Oriental Darter, Indian and Little Cormorant and various Egrets. The only waders noted were around 100 Black-winged Stilt and small numbers of Red-wattled Lapwing. A further dozen Common Kingfisher were noted, as well as two Pied and several more Black-caped.

Good numbers of drgaonflies were present around the margins including many Pied Paddy Skimmer Neurothemis tullia. .

Highlight for the none birders was the many water lillies and lotus in flower and the collecting of water lilly stems for lunch!

Posted by Neil Lawton at 8:15 AM No comments:

Walked around a different area of the patch this morning, which is a little drier and has more scrub and trees in the hope of finding some migrants. Star birds  though were 17 Painted Snipe including several bright females flushed from an area of dry paddies, along with a Common Snipe.

Spent around four hours on the patch on the outskirts of Suphanburi this morning, surprisingly very little has changed to the site over the past six months, with no new development and only a small amount of additional scrub cleared. Despite heavy overnight rain, water levels around the site are fairly low for this time of year, often during October the whole site can be under water, there was however lots of mud, birding was hard work with five kilos of mud stuck to each boot!

Best birds were a couple of patch ticks, a Wryneck and a Bright-headed Cisitcola. There were a few winter visitors/migrants around the site, though it was clear that many have still yet to arrive.

Only a few waders were noted with 2 Grey-headed Lapwing, 3 Little Ringed Plover, 50 Black-winged Stilt, 60 Red-wattled Lapwing and surprisingly no Oriental Pratincole. Two Black Bittern showed well, this species is only a wet season visitor to the area and has usually gone by November, and 8 Yellow and 3 Cinnamon Bittern were also seen. At least fifty Blue-tailed Bee-eater were present around the site and must have included some migrants.

During the final hour and half of the visit there was a steady southerly passage of raptors with a total of 32 Oriental Honey Buzzard, 18 Chinese Sparrowhawk and a male Eastern Marsh Harrier through.

I have been back in Thailand for a week now, it has been a busy week catching up with family and clearing up the house which was flooded overnight Saturday, following 115mm of rain in just 40 minutes! as a result birding has been confined to local scrub and from the car.

The patch of scrub opposite the house, has had a few migrants which included a Yellow-rumped Flycatcher, Arctic Warbler and two Eastern Crowned Warbler. Oriental Pratincole and Blue-tailed Tailed Bee-eater have bee daily over the house, with one or two Bhraminy Kite, single Black Kite and lots of Open-billed Stork.

Have been granted a visa by the wife to go off birding around the local patch in the morning! drove past it this morning, it still seems largely intact, but dry, will post sightings tomorrow.
Posted by Neil Lawton at 11:15 AM No comments: