Have just returned from a couple of days birding with friends on the coast at Laem Pak Bia/Pak Thale, as always loads of good birds to see. The first afternoon we took a boat trip out onto the sand spit with Khun Deang, all the usual species present. including an obliging Chinese Egret. 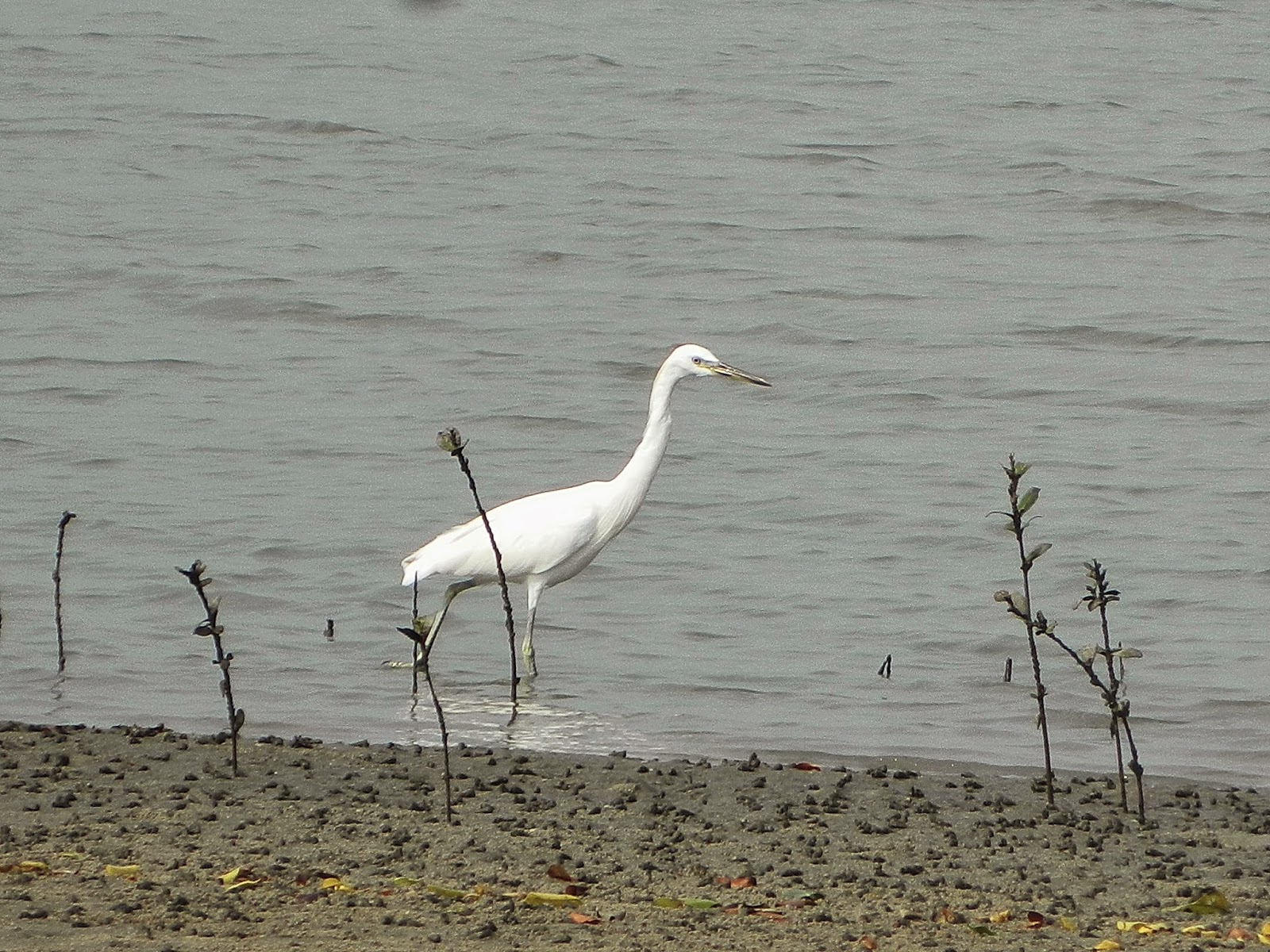 Both male and female White-faced Plover showed well, along with half a dozen Malaysian Plover. Other waders present included Kentish and Lesser Sandplover, several Sanderling and good numbers of Broad-billed Sandpiper.

Despite some disturbance by anglers there was a decent gull/tern roost, which included 4 Pallas's Gull, 5 Lesser Crested, 70 Great Crested and 40 Caspian Tern, along with good numbers of Brown-headed Gull, Common and Little Tern.

The rest of the afternoon was spent in the research project where, several Ruddy-breasted Crake and a Slaty-breasted Crake. Also present was a Ruff, several very close Night Heron and a pair of Racket-tailed Treepie.

The next day we started birding at Pak Thale, working our way south back towards Leam Pak Bia, huge numbers of waders and terns in the area, with good numbers of Black-tailed Godwit, Curlew, Red-necked and Long-toed Stint, Curlew and Broad-billed Sandpiper, Marsh Sandpiper, Lesser Sandplover,  Kentish Plover and smaller numbers of Temminck's Stint, Spotted and Common Redshank and Common Greenshank.


We finished the mornings birding at the rubbish tip, near the abandoned building, but were  disappointed to find that virtually all the scrub and trees in the area have been cleared and the land put up for sale. There were however a few birds still in the area, the best a Bhraminy Starling, a Thai rarity, the only other birds of note were a pair of Indochinese Bushlark.

We spent the afternoon birding fields and scrub around a pond inland from Pak Thale, despite the heat plenty of birds around, including several hundred weavers, which included very good numbers of Streaked and Golden. Among the weavers at least 10 Chestnut Munia were present and half a dozen Red Avadavat, some of which showed well.

A male and female Pied Harrier were present in the area, and on the small pool Ruddy-breasted Crake, Bronze-winged Jacana, Yellow Bittern were all present. In nearby fields there were several Purple Heorn,  along with small numbers of Red-throated Pipit, Yellow Wagtail, Eastern Stonechat, Pallas's Grasshopper Warbler, Wood Sandpiper and two Pintail Snipe.